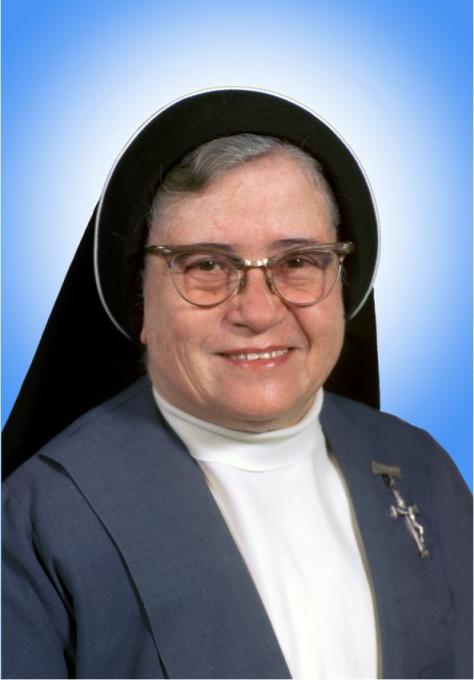 Mother María Inés Teresa of the Blessed Sacrament was born in 1904 in Ixtlán del Río Nayarit, Mexico, in a Catholic family. She was a cheerful and sociable young woman who participated in family life like all the girls of her age.

From childhood, she forged her soul with the Christian virtues, living in an ordinary way a life of holiness in joy and simplicity, but with much love and generosity for the salvation of souls. Throughout her life, this missionary zeal consumed and moved her to a greater dedication in her consecration and mission.

On July 7, 1929 she entered the Monastery of The Poor Clare, who due to the religious persecution in Mexico had transferred to Los Angeles, California. In December 1930 she made her first profession and the final in 1933.

For 16 years, Mother María Inés lived her religious life with the Poor Clare of the Ave Maria Monastery in Mexico City. During this period, she felt a great thirst for souls and after a long meditation and consultation with her superiors, she understood that our Lord was asking her to found a missionary congregation; following this call she left her beloved monastery to found one.

She was a person that radiated peace and tranquillity, with a smile that always lighted up her face, expressing the joy of being fully dedicate to God. From her youth she showed a unique and exclusive love for her Creator, as she wrote: « I give myself with the greatest confidence and without reserve to the Eucharistic Heart of Jesus ».

Today, her “children”: the Clarissan Missionary Sisters of the Blessed Sacrament/ Poor Clare Missionaries; the Missionaries of Christ; the Vanclarists (lay missionary collaborators – children, youth and adults – with the desire to live for Christ), share the Inesian spirituality and thus give a positive testimony of life in the environment where they are).

Currently, there is a group: “Mother Maria Ines Group of Priests”, composed of diocesan priests from different nations who have accepted to live the priestly spirituality of Mother Maria Ines as an inspiration for their ministry.

Her missionary commitment, her constant prayer, her heroic exercise of virtues, compelled her to go to the whole world carrying the Gospel, in accordance with the motto ” It is urgent that Christ reigns”; thus, establishing missions in:

Mother Maria Ines died a holy death on July 22, 1981, in serenity and loving abandonment to the hands of the Father.

Her cause of canonization began in 1992, with the diocesan process completed in 1996. On April 3, 2009, Pope Benedict XVI authorized the promulgation of the decree on her heroic virtues and on April 21, 2012, she was beatified in the National Basilica of Our Lady of Guadalupe in Mexico City.

After her death, the following missions were opened:

The Clarissan Missionary Sisters collaborate with the universal Church in the following apostolate: Pastoral, Education and Health. They also run Guest houses and Retreat Centres.